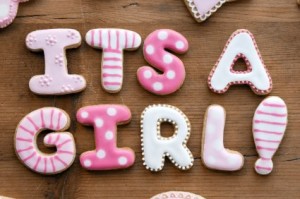 If you’re like most parents-to-be, you just can’t wait for that 20-week ultrasound that will let you know, with almost certain accuracy, whether you’re having a boy or a girl. And, while Chinese gender prediction calendars and wedding ring tests might be fun to look at, there is, of course, no science behind them.

That doesn’t leave us with much, of course. There are a few factors that seem to be related to whether you’re having a girl that you can consider, however. Let’s take a look at some statistical reasons that suggest you might be more likely to conceive a girl:

Of course, the best way to know whether you’re having a girl is that faithful ultrasound. In the meantime, you can use some of these factors to try to make an educated baby gender prediction.