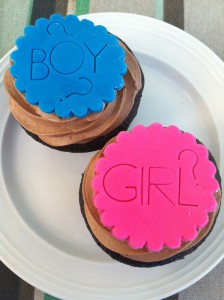 If you ask your parents or grandparents, they will probably they will probably tell you that there was a time when expectant parents had to wait for the big day when baby made her (or his) grand entrance to find out the gender of their new baby. These days, most of us find out our baby’s gender during ultrasounds in the second trimester. As imaging improves, gender predictions are quite accurate.

But who says you need to wait until the second trimester to accurately predict whether you should be shopping for pink wallpaper or blue paint? Not the Chinese. The Chinese have been using gender prediction methods for thousands of years. Some claim they have over 90% accuracy.

Historically, the Chinese people have always preferred to have male offspring. Culturally, this was considered more prestigious. Historically, it was also more practical in a largely agrarian society.

Because many Chinese couples preferred to have boys, many would use the Chinese gender prediction calendar pro-actively. Essentially, they would consult the calendar to see when their best chances of conceiving a girl were. By saving sexual intercourse for those times, they believed that they would improve their chances of bearing sons. Presumably, the same method could be used if someone wanted to conceive a daughter.