Believe it or not, the day of conception can indeed contribute to how a baby’s gender is determined. While it may sound like an old wives’ tale, there are very specific scientific reasons that this may be the case.

To understand how the day of conception can determine babies gender, it is necessary to know a little bit about what it is that determines gender. Much to the chagrin of Henry VIII, it is the sperm of the male partner that determines babies gender. Had this fact been known in centuries past, it is likely that history may have turned out very differently than it has!

To try to determine your babies gender, you can time the day of conception. If you are trying to get pregnant with a girl, you should have sex a few days prior to ovulation. Thus, the sperm that would produce a boy will die off before you ovulate, and will not have a chance to fertilize your egg. This will also give those sperm that would produce a girl the opportunity to get to your egg.

If you are trying for a boy, your day of conception needs to be different. To try to have a boy, you will want to have sex during the time that you are ovulating. Some people have even suggested that you put the day of conception off until the very end of ovulation, although this, obviously, creates a higher risk of not becoming pregnant at all.

Ultimately, the day of conception will not guarantee a babies gender, but it may be able to help. 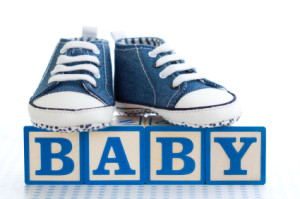 The next old wives’ tale that can be used to predict your baby’s gender is cravings. It is said that the particular food cravings you have are caused by the gender of your baby. So, craving chocolate or other sweets during pregnancy would mean that you are going to have a boy, whereas if you crave sour things like lemons your will have a boy. Of course, pregnancy cravings have more to do, in reality, with a combination of nutritional needs and psychological factors.

Legend states that the Chinese Gender Chart was buried in a royal tomb near Beijing over 700 years ago. The original is allegedly currently in the Institute of Science in Beijing.

* The Mother’s Age on the gender chart is based on her Chinese Age at time of conception.

* The Month of Conception on the chinese chart needs to be the Chinese Lunar Month.

Once you find these two items, you can cross reference them on the chinese gender chart below to determine the sex of your baby.

Not seeing the full chart, up to age 45, click here.

In today’s world, it’s rare that expectant parents won’t know the gender of their child after they get into the midpoint or so of pregnancy. Even friends and relatives wait with baited breath to find out whether they should be buying blue or pink wrapping paper.

Spreading the information as to the gender of your baby can be casual, of course. Tell one person and you can just about bet that everyone in your circle of friends and family is going to know within a week (probably less than that).

However, one of the more interesting ways expectant parents are choosing to spread the word is by throwing a party. The Gender-Reveal party is a gathering where you invite friends and family to gather together and announce it all at once.

There are even ways you can participate in the excitement of the gender-reveal party. Ask the ultrasound technician to include the famous fetal ultrasound that reveals the baby’s gender (along with a note for any confusion) in an envelope. Rather than opening the envelope, take it to your neighborhood bakery and ask them to bake a cake dyed either pink or blue for a girl or for a boy.

Make sure the bakery uses vanilla icing (not dyed). When you cut into the cake, with all of your friends and family around you, you’ll know whether your’re having a boy or a girl.

A chance to celebrate

The Gender-Reveal party is a good excuse to celebrate, anyways. Typically, you’re going to know your baby’s gender at the 20-week ultrasound. You’ve made it through that first trimester, which can be very difficult with morning sickness, emotional changes, and other symptoms. Yet you’re not yet into the third trimester with its discomfort and rapidly-growing belly. That alone is reason to celebrate.

The gender-reveal party movement is just getting started. As time goes on, we can expect to see more and more products designed for these parties, such as decorations, confections, and more.

As long as people have been having babies, they have been making guesses as to the gender of their baby. Gender prediction is, in some respects, probably one of the oldest practices known to humankind. As science has progressed, we have become more and more able to make an accurate gender prediction, as well. Still, there are many myths that have grown up around the idea of predicting your baby’s gender.
Many of the myths about gender prediction have to do with old wives’ tales. For example, one old wives’ tale says that if you are craving sweets during your pregnancy, you will have a girl, whereas if you are craving sour foods like pickles, you will be having a boy. While your cravings aren’t truly related to your baby’s gender, this old wives’ tale does make one point that has been scientifically proven: pregnant women will often have cravings.

There are other myths about gender prediction that are not as obvious as the old wives’ tales. For example, there was a time when even the medical community thought that a fetal heart rate over 140 meant that you were going to have a girl. It has been demonstrated in the last couple of decades, however, that this is not necessarily the case, and that the link between fetal heart rate and your baby’s gender is a myth.

There are also myths about gender prediction that sound like they might be scientific, but actually are not. The Drano test is one of these. This test proposes to predict your baby’s gender by mixing your urine with Drano, and examining the results. While it sounds almost scientific, the fact of the matter is that there is nothing in your urine that will interact with the Drano to accurately predict gender.

Let’s face it: the sooner you know your baby’s gender, the better. The technology is there; at around 18 to 20 weeks of pregnancy, you’re going to know with nearly 100% accuracy whether you’re going to have a boy or a girl. Yet, there are many other methods of baby gender predictions that may not be as scientific (and may also not be as accurate).

One newer, trendy method you may have heard of is the Ramzi’s Method. This method of baby gender prediction was developed by Dr. Saad Ramzi Ismail. The basic premise here is to use a sonogram to look at the location of the fetus, placenta, and other details at six weeks of age.

This scan measures gestational age, and it measures where the placenta is located. According to the research done by Dr. Ramzi Ismail, at the age of six weeks after conception, around 97% of male fetuses had either the placenta or the chorionic villi on the right hand side of the patient’s uterus. For female fetuses, either the chronic villi or placenta was on the left uterine side in about the same percentage of cases.

This method is new, and fairly controversial. If you have an ultrasound early, you might talk to the doctor and the sonographer about the baby’s position and the placement of the placenta and chronic villi. While your doctor will probably not consider this placement to be a reliable determination of gender, it can be an interesting way to try to guess your baby’s gender ahead of time.

Until more research is done, the Ramzi’s Method will remain controversial. Controlled studies must take place that can validate or invalidate the result. In the meantime, take it all with a grain of salt, and use the information the way you would any other unscientific method of baby gender prediction: as a fun way to guess and hope, while you wait for reliable results.

In addition to your routine scans, you may be able to find independent ultrasound companies who will provide ultrasounds. These ultrasounds will not be covered by your insurance agency and can be quite pricey. Once such company is Fetal Foto which has several locations around the United States.

There are two sites online which showcase ultrasound pictures, including ultrasounds which show the gender of the baby. Click any of the links below to visit the respective galleries. 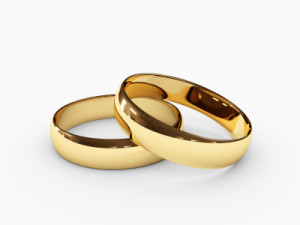 This an easy baby gender prediction method to try. Take a pin, needle, or wedding ring and attach it to a thread or strand of hair. Hold the dangling item over mom to be’s belly while she is lying down. If the needle or wedding ring swings in a strong circular motion, you will be having a girl. If it moves in a to and fro motion like a pendulum, you will be having a boy.

An alternate version of this baby gender prediction method is to dangle the needle or wedding ring over the expectant mom’s wrist instead of belly.